International Cricket matches set to be banned in Pakistan, Asia Cup to be shifted to UAE? 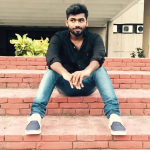 “He is being taken to a hospital in Lahore, but he is not seriously wounded”, party official told.

After this incident in the social media people are concerned about the Asia cup 2023 which is scheduled to happen in Pakistan. People are questioning about safety of the players where the ex Prime Minister’s safety is compromised.

Recently the international cricket returned to Pakistan after a decade. After the attack on the Sri Lanka national cricket team in 2009, no national team visited Pakistan for any fixtures. This attack on Imran Khan will support the BCCI’s decision to shift Asia cup to UAE. Jay Shah told“The Asia Cup 2023 will be held at a neutral venue. I am saying this as ACC President. We [India] can’t go there [to Pakistan], they can’t come here. In the past also, the Asia Cup has been played at a neutral venue,” Shah had said after the 91st BCCI annual general meeting in Mumbai, in the presence of new Board president Roger Binny.

Following this incident many fans tweeted that Asia cup should be held out of the Pakistan by stating the safety of the players,

Here the video of the attack and tweets of the fans,

Proud moment for CSKians, see what CSK batsman did.

Here is What Indian fans replied to Kevin Pietersen and Michael Vaughn after they predicted India will not qualify for the Final.

Proud moment for CSKians, see what CSK batsman did.

Here is What Indian fans replied to Kevin Pietersen and Michael Vaughn after they predicted India will not qualify for the Final.

Virat Kohli won the ICC men’s Player of the Month for the October 2022.